Due to a rise in Covid cases, PLEASE BRING A MASK, BE SELF SHUTTLED and meet at the Aspen Street (aka: D Street) Boat Ramp at 5:30 p.m., Monday evening, August 23. You can park at Alton Baker and walk or ride your bike to Eastgate Woodlands/Aspen Street Boat Ramp, or have someone pick you up at Alton Baker Park after the paddle to take you upstream to your car. If you are having a hard time figuring out a shuttle, please contact our event organizer (see below) in advance. We don’t want the shuttle to impede your participation! Please dress in appropriate clothing for getting wet. Bring sunscreen, hat, boating gear if you’re bringing your own. PFDs required. (We have you covered for all gear necessary if you’re paddling one of our canoes!)

We will pause at the Whilamut Passage Crossover Mural to learn about the importance of this area to the Willamette watershed and the Kalapuya Ilhi. This is a downstream paddle with 5 short portages on relatively easy to paddle flat water. Great for families and beginner paddlers. 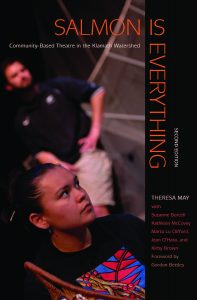 Thursday, August 26 | 6:30-8 p.m.
Island Park Amphitheatre, Springfield
Join local Indigenous Elders for a special traditional Kalapuya Blessing of song and drumming and outdoor theatre performance of “Salmon Is Everything” – this play was developed from interviews and personal stories and insights of Karuk, Hupa, Yurok and Klamath communities who were directly affected by the 2002 fish kill on the Klamath River. Written by Theresa May, Salmon Is Everything is a moving story of three families on the Klamath River during the drought, salmon crisis, and devastating fish kill of 2002. Its message about the kinship among salmon, people and the land is as relevant today – for all great rivers in the Pacific Northwest — as it was 20 years ago. FREE. No registration required – bring lawn chairs. Suitable for family audiences.

More Info - Salmon is Everything

After a devastating fish kill on the Klamath River, tribal members and theatre artist Theresa May developed a play to give voice to the central spiritual and cultural role of salmon in tribal life. Salmon Is Everything presents the script of that play, along with essays by artists and collaborators that illuminate the process of creating and performing theatre on Native and environmental issues.

Salmon Is Everything simultaneously illuminates the logistics of a crisis in the third largest watershed in the Pacific Northwest the premature death of more than 30,000 salmon on the Lower Klamath River and documents what happened when one community decided to use art to amplify the experiences of its members. The fish kill had unprecedented impact throughout the watershed, and for many tribal communities it signified an ongoing loss of traditional cultural practices. But in the political and ecological upheaval that followed, the role of salmon in tribal life went largely unacknowledged, which inspired the collaboration between May and members of the Yurok, Hoopa Valley, and Karuk tribes, as well as farmers, ranchers, and others invested in the Klamath watershed. 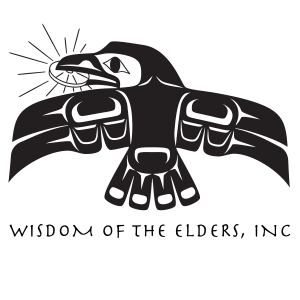 This year, the Festival welcomes Kunu Bearchum and Wisdom of Elders back to perform live on August 28th at the EWEB plaza in Eugene. Starting at noon, this concert will feature Indigenous storytelling, traditional and current song, music, and dance. Following, the Eugene Symphony will close out this concert from 2-4pm, with Indigenous performers and audience members conducting the symphony.  Inadvertantly, the pairing of these arts symbolizes an exchange of hope and healing by providing space for Native voices to lead, direct and influence postive change within the Indigenous-settler relationship. This is a FREE event, inclusive of all ages.

More Info - Wisdom of the Elders

Wisdom of the Elders strives to correct misconceptions, end prejudice, bring health and wellness to Native people and demonstrate how Indian culture has and continues to enrich our world. 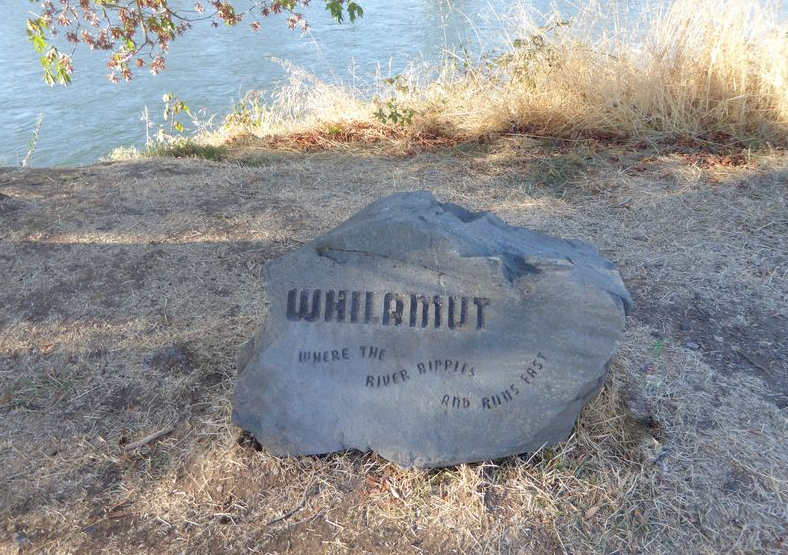 Saturday, August 21 & Sunday, August 22 | 11 a.m.-12:30 p.m.
Register Online
Join Marta Clifford (Chinook/Cree/Umpqua, and Native Elder for the Confederated Tribes of the Grand Ronde) and the Citizen Planning Committee of the Whilamut Natural Area for a tour of the Talking Stones. The Talking Stones were designed as educational and cultural reference points, to reintroduce the Kalapuya language and connection to the land. Enjoy an interpretive walk of several Stones, including a stop at the Whilamut Transportation Crossover Mural by artist Susan Applegate.

Please meet at the West D/Aspen Street Boat Ramp at 11AM. This is a walking tour, covering an approximate distance of 2 miles. Please wear comfortable walking shoes and come dressed for the weather. Sunblock and water bottle recommended!

For more information on the Talking Stones, please see our Self-Guided Tours section